Ear surgery to reduce prominent or protruding ears is done in both children and adults. In children, it can be done at age 4-5 as the ear is 90% developed by that time. It is important to consider the deformity in children as being a focus of ridicule and embarrassment which could have significant psychological effects. It is always best that a child freely suggests that they don’t like their ears which is a good takeoff point to investigate correction. Nevertheless, a parent should be observant and sensitive to any signs which might suggest that the child is being teased, ridiculed or ostracized.

Dr. Simone feels very strongly that surgical correction of ear deformities should be corrected as early as possible to avoid any social/psychological problems with a child.

There are several general types of deformity (lop ear, cupped ear, protruding ear or a combination) and each can have variable levels expression from mild to severe. The anatomy of the deformity will determine the type of surgical approach as well as the extent.

For young children, surgery, commonly known as “pinning”, is done on an ambulatory basis under general anesthesia in a hospital. For older, cooperative children and adults the surgery is can be done at the Park Plastic Surgery Center under local anesthesia with mild sedation. Surgery is painless and takes approximately 2 hours. The surgery is most commonly done from behind the ears, with an incision in the natural fold. Cartilage, which is the framework of the ear, can be removed, remodeled and reshaped by a variety of techniques.

See what patients have to say 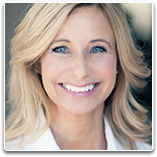 N.B. New York, NY
“ Dr. Simone made me feel very comfortable during my consultation. He was thorough and patient and explained my procedure very clearly. He and his staff really helped reduce my nervousness. My surgery went very well and I am extremely pleased with my results as is my husband. When I couldn’t come in for a post-operative visit during the week, he came in especially for me on the weekend. I would do it all over again. ”